HOW TO BUY THE BOOKS

To buy one or more books, please contact me via mail at the address fabio.torre01@libero.it to check the availability of the book. The shipping address is requested. The accepted methods of payment are Paypal or bank transfer. 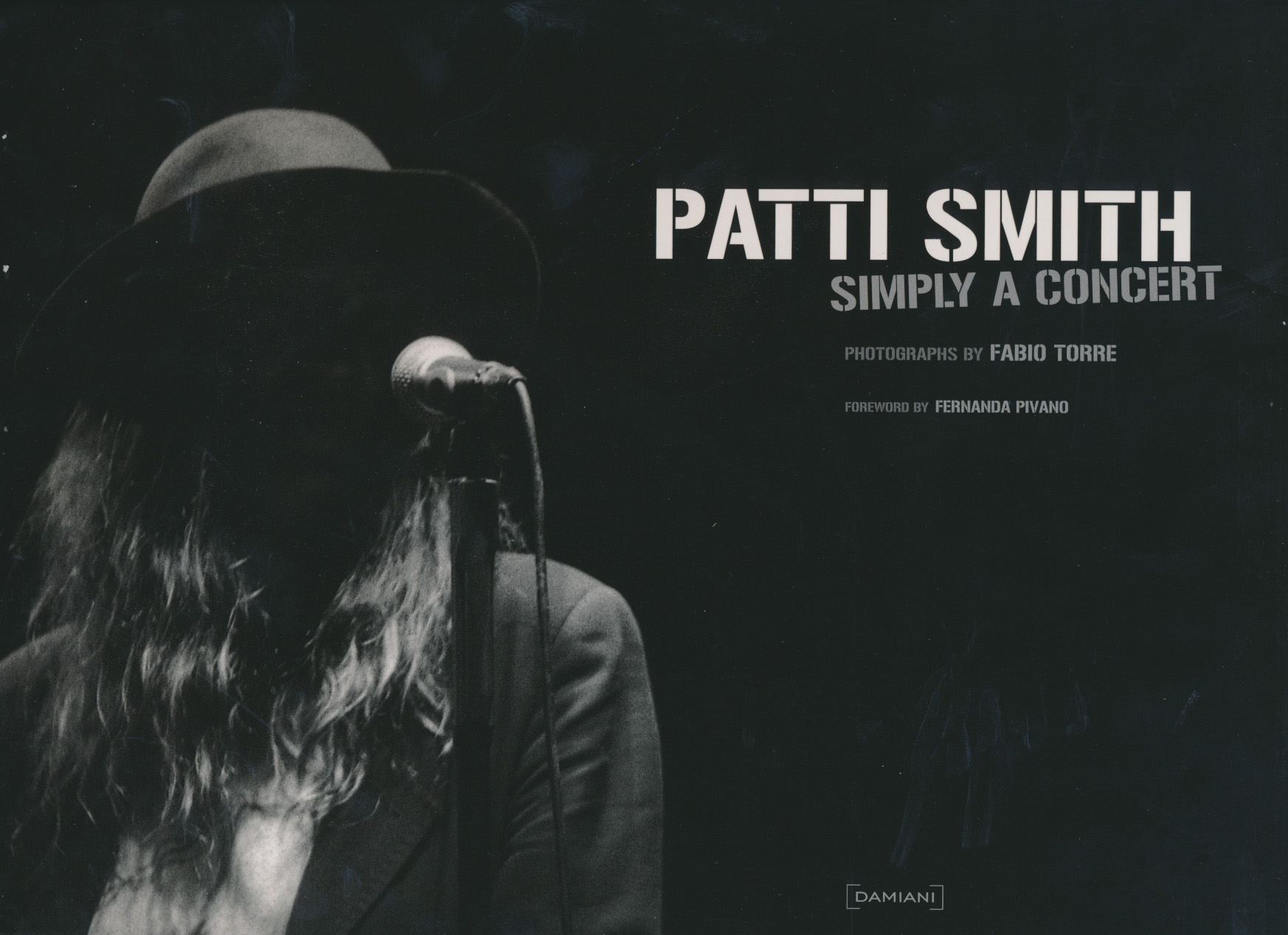 The book is dedicated to the American rockstar and poet, captured in different concerts mostly in the early 00s alone or with her musicians. The foreword by Fernanda Pivano represents a unique portrait much appreciated by Smith herself and which happened to be the last published writing of Pivano, before her death in 2009. John Rockwel, a celebrated author and music critic, focuses in his extensive essay (“A long way from CBGB to the Met”) on the long career of Patti Smith, her life full of events and encounters, her work in different fields including literature and photography. The latter is the main subject of the text by Claudio Marra, a professor of History of Photography, who illustrates Smith’s ability to express herself on both sides of the camera, as a subject and as an author of photography. 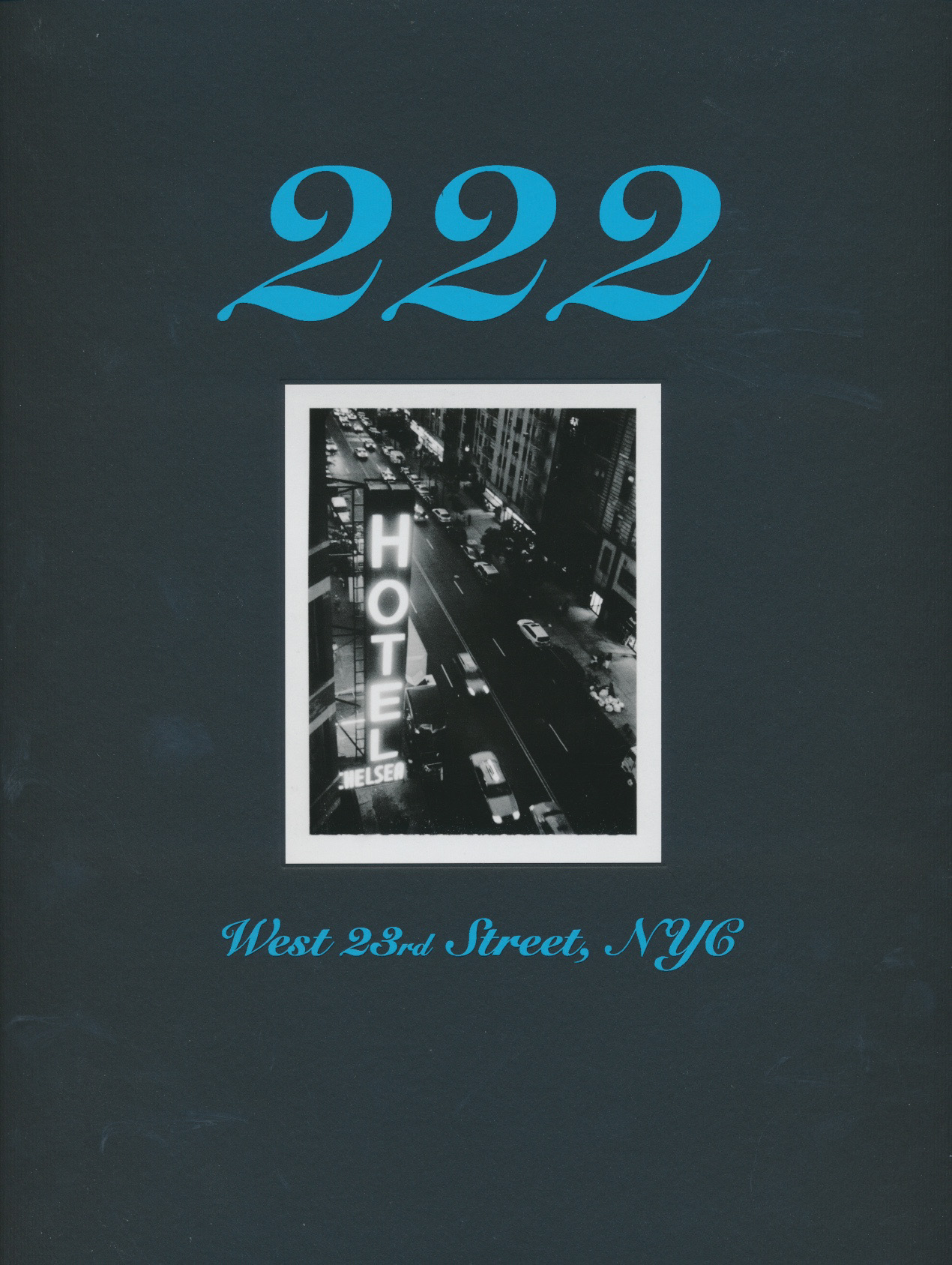 This book, realized by the world famous printer Grafiche dell’Artiere, is about one of the most celebrated landmarks of New York architecture and culture: the Chelsea Hotel, built in 1884 and recently closed in 2011. This place, under the direction of the Bard family, has hosted over at least seven decades a large number of poets, musicians, painters, film directors, writers and other representatives of the New York scene, particularly between the 50s and the 80s. Among them: Thomas Wolfe, Edgar Lee Masters, Arthur Miller, Arthur C. Clarke, Janis Joplin, Harry Smith, Christo, Bob Dylan, Dylan Thomas, Patti Smith, Robert Mapplethorpe, Leonard Cohen, Sam Shepard, Milos Forman, Uma Thurman, Dee Dee Ramone, Sid Vicious, Ethan Hawke, Philip Taaffe, and the list goes on.

The black and white photographs (analog prints and polaroids) tell the unmatched atmosphere of the place, the rooms, the furniture, the artworks, the stairs and the lobby where stars or simple glory dreamers have lived unrepeatable years (or days, or nights, or decades…) side by side. From the photographs it is clear that the Chelsea was now nearing the end of its glorious era.

The book is enriched with a text by the art critic Luca Beatrice and with a testimony by David Croland ("Chelsea girls and boys"), a model and artist in the Warhol circle who in the rooms of the Chelsea Hotel began his famous relationship with Robert Mapplethorpe. 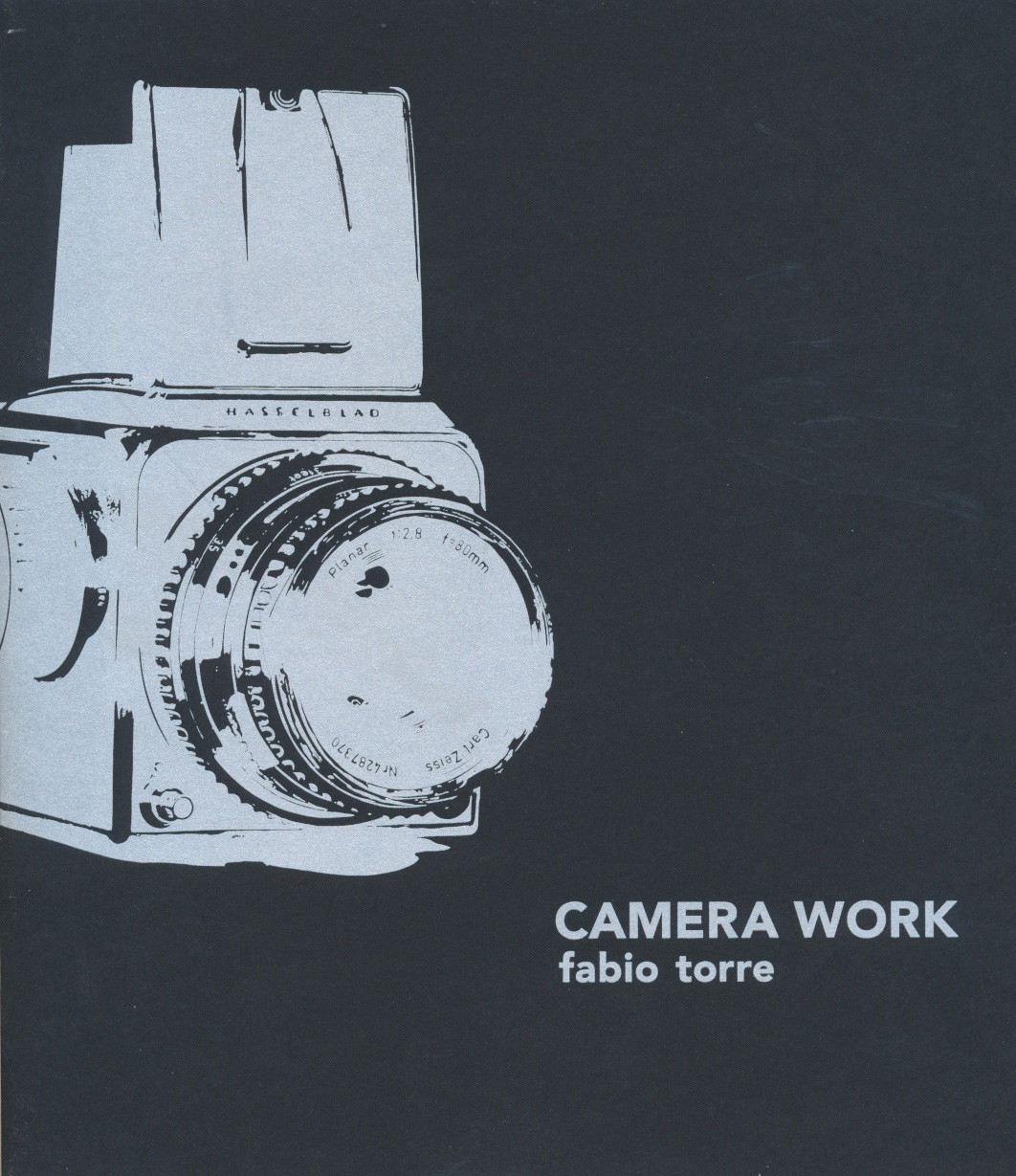 This is the catalogue illustrating the project Camera Work, a corpus of oil paintings by Fabio Torre showed at ClampArt in New York in 2021. The paintings, frequently organized in sequences, resume Torre’s reflection on the relationship between painting and photography and in this project, in a sort of short circuit, the protagonists are the tools of photography. The cameras – Hasselblad, Mamiya, Rollei – are portrayed in monumental aspect or in sequences: both modalities may reduce the uniqueness of the subjects, but enhance their iconic presence.

The author of the main essay is Marco Antonio Bazzocchi, a Professor of Italian Literature and expert in art and photography, who focuses on the visual and philosophical aspects of Torre’s recent work. The book includes a text of surreal atmosphere by the Italian writer Fabio Casadei Turroni. 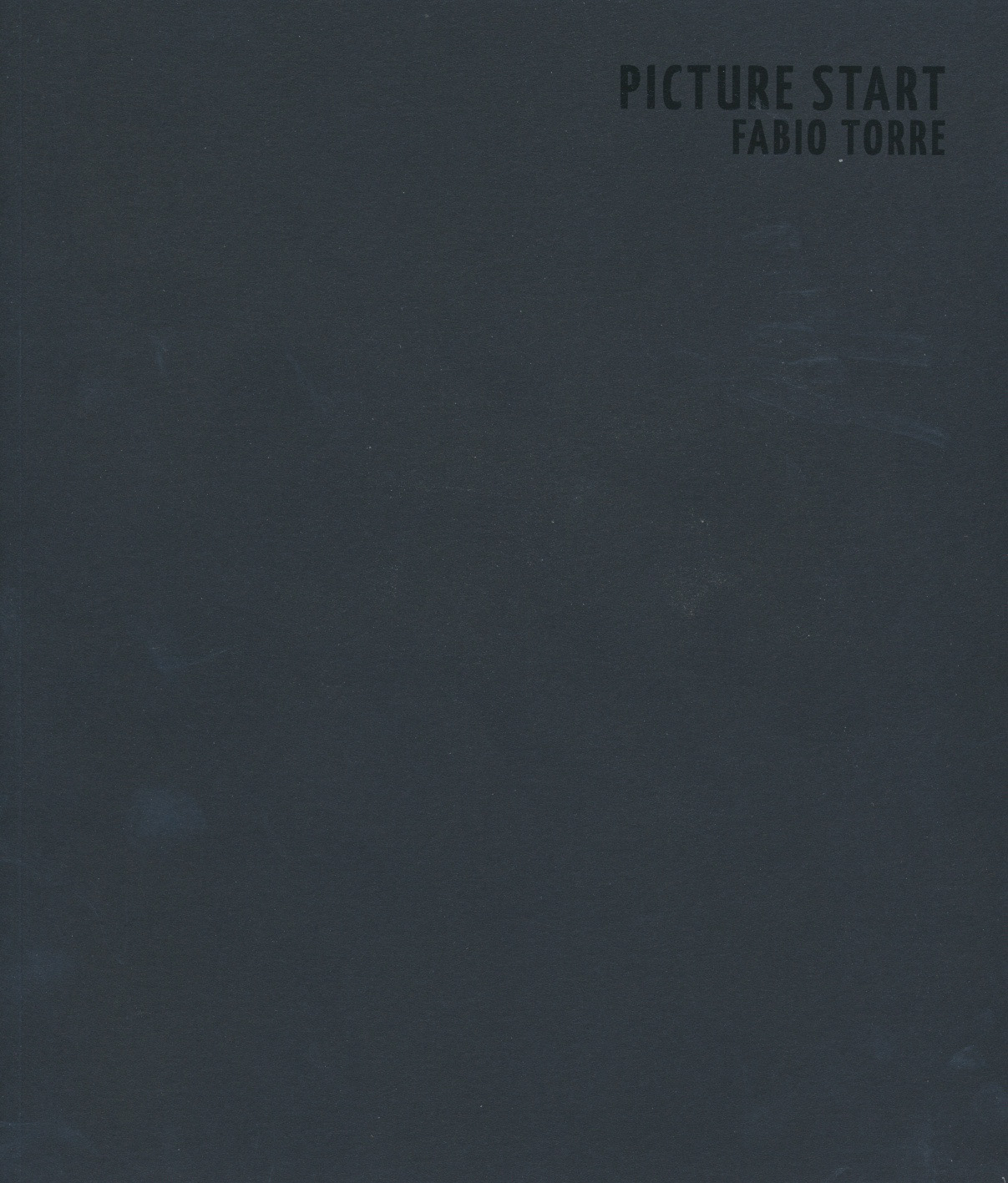 This catalogue includes paintings from 2005 to 2012 belonging to several cycles. More specifically: a series of large portraits of friends together with monumental paintings of objects linked by iconic affinities, like cameras, guns, telephones and typewriters. A special section is dedicated to a project on the artist Bas Jan Ader (“Frames from a Lost Friend”), showed in a previous show in 2010.

The main part of the book is about the exhibition “Picture Start” at Galleria Studio G7 in Bologna in 2012, where a series of medium and large paintings reflect on a particular element of analog photography, the contact proof. Some of them are reproduced in large paintings (the subjects are portraits of friends, cameras, even guns and boots) where they appear like sequences of cinematic effect. 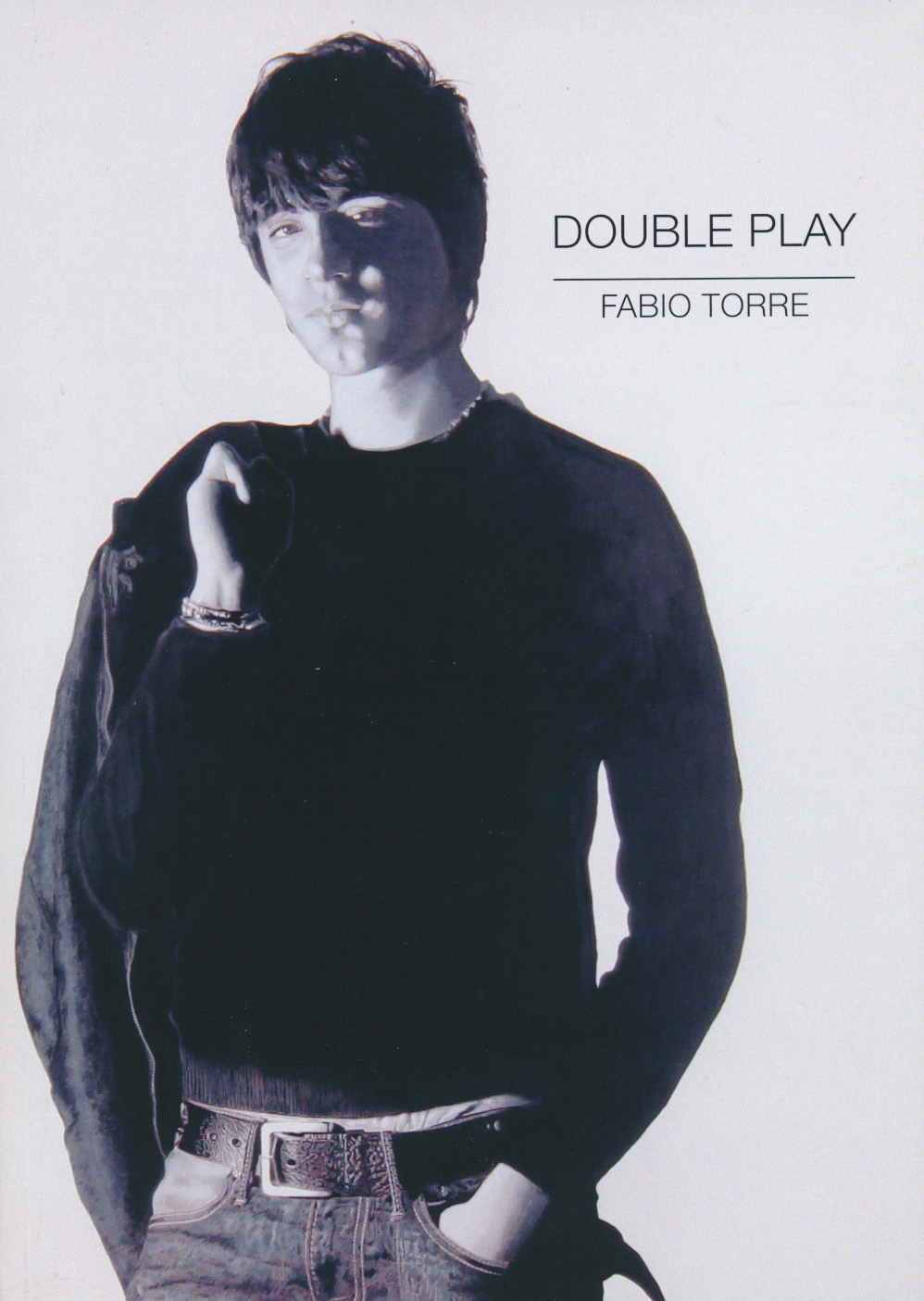 This is the catalogue of the large solo show “Double Play” at Faro Arte Gallery in Marina di Ravenna in 2019. The main corpus of the book is composed by portraits (but previous works, especially featuring cameras, are included as well) and some of them are “double”: the same subject is portrayed twice in life size and the final effect is a kind of three-person dialogue between the double subject of the painting and the observer. Another series of double portraits reproduces, for each subject, two photographic frames in sequence, with the two portraits showing only minimal differences in the glance, light or focus.

The book includes a long interview with the artist by Sandro Malossini, the curator of the show.

A Soldier with no Shoes 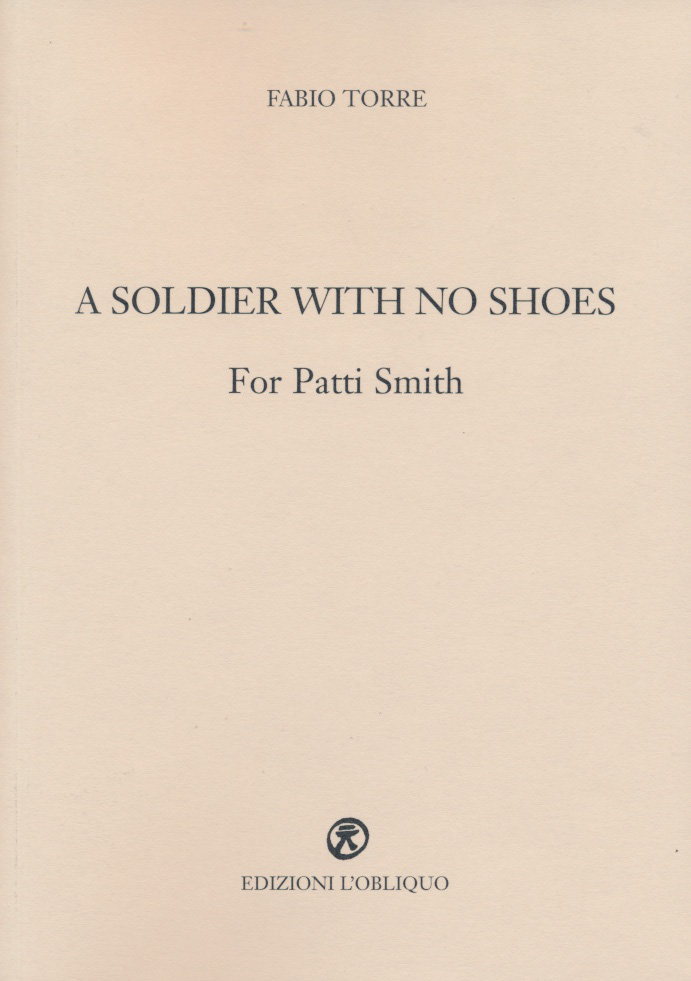 A Soldier with no Shoes is a collection of short poems by Fabio Torre originally composed in English and then translated to Italian. This little book in limited edition, according to the style of the publisher, was released on the occasion of the exhibition About Patti Smith at Fabio Paris Gallery in January 2006: the book has a special dedication to Patti Smith, who, however, is not the subject of the poems but a kind of inspiring muse. The plates included in the book reproduce 16 drawings that were part of the exhibition.

We use cookies to ensure that we give you the best experience on our website.
I accept